‘Red Sky at Night …’ and other weather adages 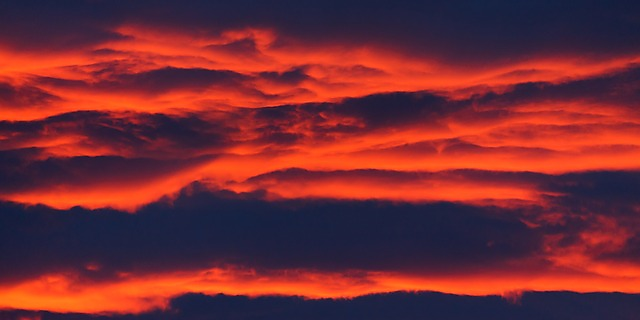 I’ve always loved adages and how they evolve, but I love them especially when they relate to predictions about the weather and the natural world.

For example, one of my favourites, which I’ve never quite understood is:

The wonder of this is, is there any truth in this old adage?

Red sky at night, sailors delight
When we see a red sky at night, this means that the setting sun is sending its light through a high concentration of dust particles. This usually indicates high pressure and stable air coming in from the west. Basically, good weather will follow.

Red sky in morning, sailor’s warning
A red sunrise can mean that a high pressure system (good weather) has already passed, thus indicating that a storm system (low pressure) may be moving to the east. A morning sky that is a deep, fiery red can indicate that there is high water content in the atmosphere. So, rain could be on its way.

This weather proverb originates from a nautical background when different cloud types were used to determine whether sails needed to be lowered.  Also referred to as just a ‘mackerel sky’, it is associated with altocumulus clouds while ‘mare’s tails’ refer to cirrus clouds. Both could develop before the instance of a storm which would lead to the lowering of the ships sails. Altocumulus clouds appear when there is a certain level of moisture in the air suggesting rainfall is approaching. The term ‘mackerel sky’ comes from the clouds resemblance to the scales of the mackerel. This terminology is rather lovely if you think about it!

When the wind is out of the East, ‘tis never good for man nor beast

This weather proverb carries some truth if you consider the various air masses that affect Britain and its weather. The air mass coming in from a North-Easterly direction is the Polar Continental; record low temperatures have been seen due to this air mass affecting Britain. This air mass originates in places such as Eastern Europe and Russia to affect Britain with bitterly cold winds in winter and dry, warm winds in summer although it is usually only apparent in Britain during winter (between November and April).

So, now you know. Here’s wishing you red sky nights for the foreseeable future! Or you could do as comedian Tom Parry says (fresh from the Edinburgh Festival): Red sky at night: shepherd’s delight. Blue sky at night: day.