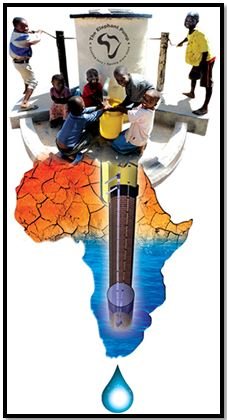 The bananas for fees project has nearly doubled in size this year with almost one thousand children now benefitting. This was due to a good harvest and the reduced need for inputs compared to the previous two seasons. It is anticipated that further significant growth will be possible next year as school plantations are extended and new sites are identified. This business is clearly profitable although all the profits are being reinvested to achieve impressive growth. There will be very little investment needed for this project now that it has gained momentum.

The dairy programme in Zimbabwe continues to expand with a total of 37 cows. It was established through purchase and distribution of serviced cattle on the understanding that farmers pay back the loans for their cows over a period of 18 months. A dairy association in the Honde Valley manages loan repayment independently. Whenever loan repayments allow for another cow to be bought, this is done on a similar basis so that the dairy herd is continuously expanding. Some additional investment was made to allow for the establishment of a second dairy herd and association in Watsomba. There is a long waiting period for delivery of cattle after payment is made, but the milking shed structures are now in place and a crop of silage has already been grown.

The pump building programme in Zimbabwe is currently operating at full capacity with 10-15 pumps being installed every week. 478 pumps were installed in the last year in Zimbabwe, Tanzania and Liberia, including AquAid pumps and also pumps built with funding from other partners such as Christian Aid and Dorcas Aid. There was a particularly long and heavy rainy season in Zimbabwe, which disturbed construction activities, but such heavy rains mean that aquifers are now fully recharged.

In Liberia, we have established a small operation of trained former child soldiers who are building Elephant Pumps and Elephant Toilets. Trials of the new household water filters are proving most encouraging and this could end up being a major programme. Input from micro-biologists and others is helping with modification of the design and water testing protocols. 2014 is the year for the filter to be piloted with roll out from 2015 onwards.

Liberia has been through local disturbances and deadly outbreaks of disease including cholera and the horrifying disease Ebola. It is a country of enormous need, desperate poverty and poor security. Violent crime, especially robbery is commonplace and corruption is the norm. The Africa Trust is planting a seed of hope in that troubled country and gradually the various initiatives are taking root. I am keen on the recycling of plastic waste in Liberia and already we are using waste bottles to make pipes and guttering. There is potential for this to be extended further. A brick-making project was recently funded.

In Kenya the 35 business skills trainees who received loans are all doing well, except for one.  The motorbike taxi business is slowly growing with no major problems reported on collection of rental fees. We have funded a maize-grinding mill for a group of women living with AIDS. The pioneer group who were so successful in paying back all their loans in full have set up a savings and loans association with some matched loan funding from The Africa Trust.

In Malawi, we have a man working full time on business skills training, mentoring and loan collection. There is a growing footprint from this programme as a many businesses succeed and start to provide local employment. An orphanage and home for elderly care has been built near Lilongwe.  Some funding has been provided to pay for solar lighting and geysers for the extension to the Dawn Centre for severely disabled children.

In Uganda the number of Africa Trust business skills trainees will soon reach 10,000 with a large number of new businesses successfully established as a result. Others have used the skills they learnt to expand and improve existing businesses.

The programme in Tanzania continues to go well with steady growth of the motorbike taxi business and no major management problems with the three water pipelines. One small pipeline problem was resolved in which villagers had blocked an outlet to a cattle trough in order to conserve drinking water. I instructed them to take a separate pipe from source so that the two needs were no longer competing. I again did some survey work with a view to the introduction of the Elephant Pump in the Mara region in the next year or two. A small grocery shop has been established to raise funds for monitoring.

The Mozambique programme is in a holding pattern since the government is insisting on data from an extended pilot period for the Elephant Pump, before expansion can be authorised. We feel that it is worth some patience to keep the authorities on side.