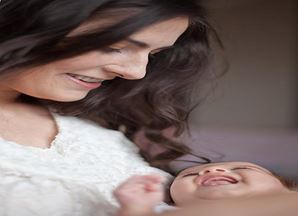 I’m always amazed at the amount of information available online. It boggles my brain. Take f’r instance, Oxytocin. I came across the name as I was researching the benefits of taking a hot vs. a cold shower. According to the article, if you shower using hot water, this can stimulate the release of oxytocin, which is one of the ‘feel good’ hormones.

Oxytocin is a hormone secreted by the posterior lobe of the pituitary gland, a pea-sized structure at the base of the brain.

It’s sometimes known as the ‘cuddle hormone’ or the ‘love hormone’, because it is released when people snuggle up or bond socially. Even playing with your pet can cause an oxytocin surge, according to a 2009 study. But there’s more to the hormone than it promoting bonding apparently – its effects are myriad and right across the spectrum from feeling good and wanting to bond with an oxytocin secretor to feeling not so great and apprehensive about bonding with that same person based on how you were initially treated when there was a surge of oxytocin released.

Oh, and Oxytocin is not to be confused with OxyContin, which is a sedative in the exact same family as morphine, codeine, and heroin.

You may wonder what’s of interest here, but think about it – if it isn’t incredible enough the way our bodies function as they do, how gob smackingly amazing is it that there are also a huge array of hormones that, when released, can encourage us to sleep; to drink more water; can make us feel happy or sad; protected; territorial; more aware; afraid; euphoric?

I certainly think so! More cuddle, more snuggle I say!