Water Cooler musings: the resurgence of the Jigsaw Puzzle 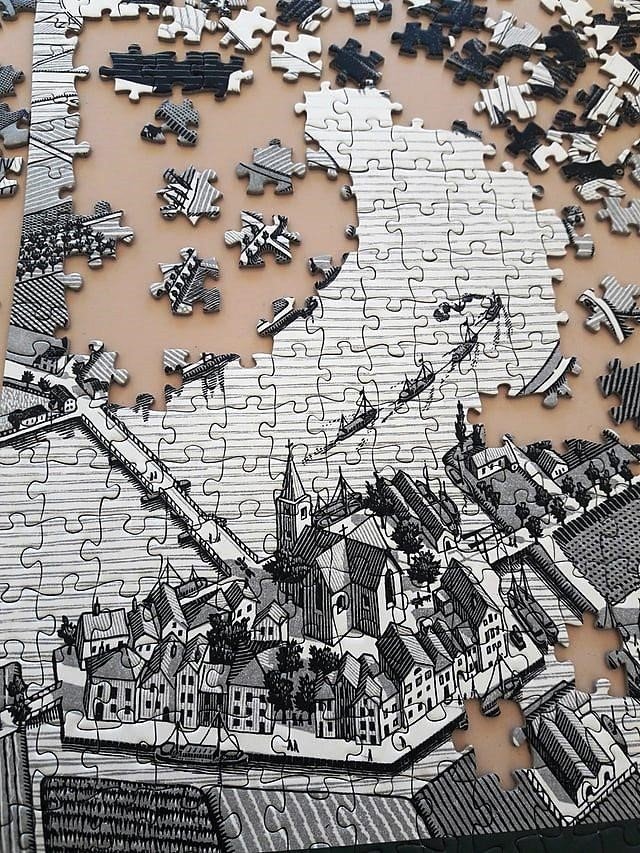 During these turbulent times, there has been a significant increase in the resurgence of board games – and one in particular seems to be the ubiquitous jigsaw puzzle.

According to Wiki, early jigsaws, known as dissections, were produced by mounting maps on sheets of hardwood and cutting along national boundaries, creating a puzzle useful for the teaching of geography.

You might well feel a sense of national pride whilst puzzling: it was indeed a Brit invented the jigsaw puzzle. A London engraver and cartographer John Spilsbury, is believed to have produced the first one around 1760.

As I sit near our water cooler (keeping it company) in-between replenishing my drinking water, I’ve noticed that jigsaw puzzles seem to be the preferred isolation game of choice. It isn’t hard to understand why – It’s a hobby that can be played be one person or many people together. Not only that, but puzzles help with reasoning, analysing, sequencing, deduction, logical thought processes, problem solving skills, hand-eye coordination, and spatial arrangements.

There seems to be distinct personality types when it comes to jigsaws. There are those that begin and fade fast; those who muddle through and then there are those paragons of determination and resolve who actually complete a jigsaw, despite the pure evil of the jokers, who, frustrated at not being able to go the distance, take it upon themselves to hide a few pieces from the puzzle solver.

To avoid this potential horror show, perhaps now is the time to marry this centuries old amusement with technology – in the form of microscopic locater chip in each piece that links to a lit numbered chart imprinted on the inside base of the puzzle box. If a piece goes missing, its light extinguishes until it’s recovered.

Did I just invent something? If so, get creating clever people – all I ask is credit for the idea. Happy puzzling!