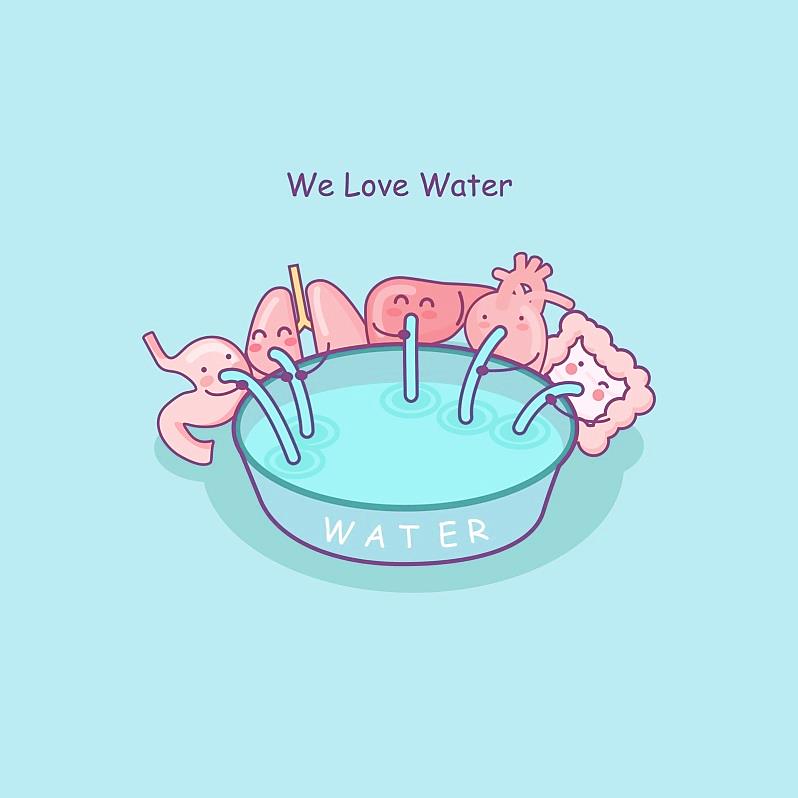 By now you may have noticed that at AquAid we’re more upbeat about things in general – we certainly don’t believe in being proponents of all things doom and gloom. That said, however, with decades of water provision under our belts, we’ve learnt a thing or two about how vitally important it is to keep yourself sufficiently hydrated, come rain or shine.

This may lead us to bang on a bit about the importance of drinking water, we know, but that’s because it really is that important – especially for your overall health and well-being.

So summer is here, and we’re all gadding about in our summer gear, the sun is shining, we’re hanging about outside during our breaks, shooting the breeze, soaking up the sun – and we may be a bit more inclined to forget about how much water we should be drinking.

Enter stage mid-section, a rather persistent, nagging pain in your lower back. And it gets worse. The next thing you know, the pain has ramped up from worrisome to excruciating.  Without realising it, by not drinking enough water, you may have kidney stones – and in the summer months, especially at the peak of summer in July – the incidences of kidney stones increase significantly:

According to Bhaskar Somani, associate professor of urology at the University of Southampton, and a consultant urological surgeon at University Hospital Southampton NHS Foundation Trust, “habitual non-drinkers of water” were at particular risk.

He spoke out following his team’s study of more than two million patients worldwide, which found a strong association between warm weather and kidney stone disease.

The research, which included data from Europe, Asia, the Middle East, New Zealand and America, showed there were more admissions in July – when the temperature was hottest at 25C or above – than any other month of the year.

“This is the largest study of kidney stone data and it shows a definite and strong link between warm weather and kidney stones, with most admissions occurring during July,” said Mr Somani, a senior author on the paper, which was published in the Journal of Endourology.

“Although a combination of obesity, poor hydration, high blood pressure and a lack of exercise is responsible for stone development, the current hot weather ahead of July could cause cases in England to rocket next month.”

Now, as we’ve already said, we’re rarely about bad news, however, we also believe that forewarned is forearmed. Also, the good news is that maintaining good health can really be as simple as keeping up your water intake, as mentioned, whatever the weather.

If you’d like to know more about how easy it is to ensure you keep yourself, your staff, or your school in tip top water condition, please speak to us at AquAid. We’d love to assist with all your water, bottled and mains fed water dispenser requirements.