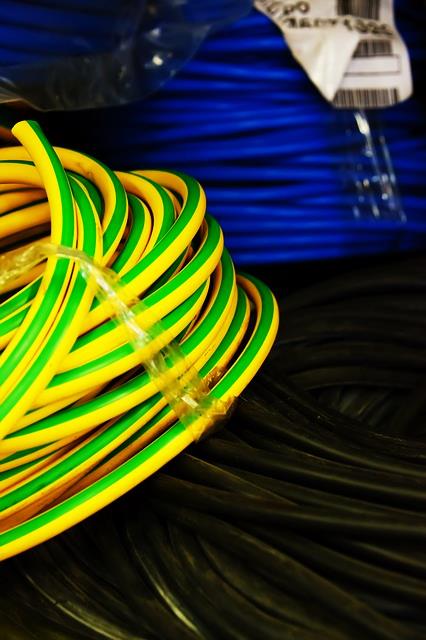 Recently in my neck of the woods we had a huge brou-hau-hau with a well-known ISP (internet service provider). It was a bun fight of note. I don’t know about where you are, but where I am, service providers have a rather unpleasant habit of blaming other service providers. A common excuse is, ‘Oh, the underground cable is broken’ or, ‘the undersea cable was used in a tug-of-war competition between a griffon and Godzilla’ – okay, slight exaggeration there, but honestly, it may as well be as farfetched as that. Or is it?

What I think a lot of us don’t realise is that apart from all that we see – telephone poles suspending bundles of cables; the cables installed in our homes connecting to our devices – there’s actually a whole lot unseen going on out there that allows for us to operate in a ‘wireless’ world. But what we see is just a small part of the physical makeup of the net. The rest of it can be found in the coldest depths of the ocean. Here are just a few things you might not know about the Internet’s system of undersea cables.

*Ninety-nine percent of international data is transmitted by wires at the bottom of the ocean called submarine communications cables. In total, they are hundreds of thousands of miles long and can be as deep as Everest Is tall. The cables are installed by special boats called cable-layers. It’s more than a matter of dropping wires with anvils attached to them – the cables must generally be run across flat surfaces of the ocean floor, and care is taken to avoid coral reefs, sunken ships, fish beds, and other ecological habitats and general obstructions. The diameter of a shallow water cable is about the same as a soda can, while deep water cables are much thinner – about the size of a Magic Marker. The size difference is related to simple vulnerability – there’s not much going on 8,000 feet below sea level; consequently, there’s less need for galvanized shielding wire. Cables located at shallow depths are buried beneath the ocean floor using high pressure water jets. Though per-mile prices for installation change depending on total length and destination, running a cable across the ocean invariably costs hundreds of millions of Pounds.

There’s disagreement as to why, exactly, sharks like gnawing on submarine communications cables. Maybe it has something to do with electromagnetic fields. Maybe they’re just curious. Maybe they’re trying to disrupt our communications infrastructure before mounting a land-based assault. (My theory.) The point remains that sharks are chewing on the Internet, and sometimes damage it. In response, companies such as Google are shielding their cables in shark-proof wire wrappers.

It seems like every couple of years, some well-meaning construction worker puts his bulldozer in gear and kills Netflix for the whole continent. While the ocean is free of construction equipment that might otherwise combine to form Devastator, there are many ongoing aquatic threats to the submarine cables. Sharks aside, the Internet is ever at risk of being disrupted by boat anchors, trawling by fishing vessels, and natural disasters.

After reading all of this, colour me more eddicated and pretty impressed. And perhaps a little more patient when I hear that my lack of connectivity is due to an undersea cable breakage Them there sharks have to eat too you know.

*Extracts from an article at Mental Floss