Ethiopia – Land of the ‘Burnt Faces’ 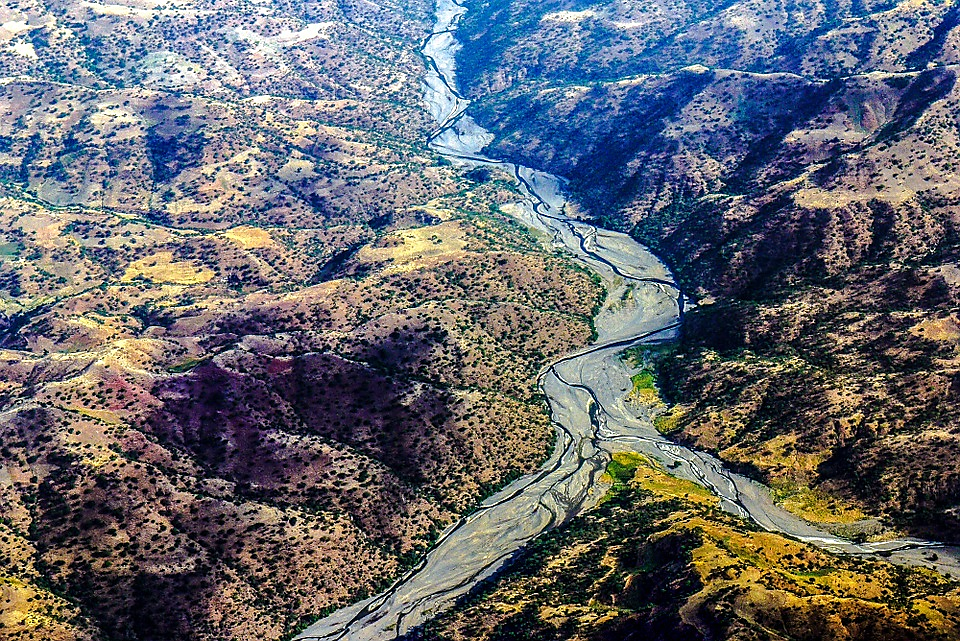 Ethiopia is without a doubt one of the most fascinating countries on the African continent. It has an incredibly ancient and cultural history and is believed to be (by some) to be a cradle of civilisation and the birthplace of Christianity.

Addis Ababa is Ethiopia’s capital city. It means ‘white flower’ and, at 2 400 m above sea level, it is the 4th highest capital city in the world.

The Great Rift Valley cuts through Ethiopia from northeast to south of the country and is the only physical feature of Africa that it visible from space.

According to legend, the True Cross on which Jesus Christ was crucified was found by St. Helena – the mother of Constantine the Great, the Roman Emperor who converted to Christianity – in the 4th century. A relic of that cross was later given to Ethiopia’s kings for protecting Coptic Christians in their country.  Meskel celebrates the arrival of the True Cross in Ethiopia and has been celebrated there for more than 1,600 years.

Ethiopia is considered the originator of honey wine, or t’ej, which the rest of the world knows as mead.

More than 70% of Africa’s mountains are found in Ethiopia. It is sometimes called ‘the roof of Africa.’

Ethiopia was the first African nation to join the League of Nations.

The Garima Gospels, the oldest illustrated Christian book, is in Ethiopia. It was written about A.D. 494 by the Abba Garima, a monk who arrived in Ethiopia from Constantinople (present-day Istanbul). According to legend, he wrote the book in one day.

Ethiopia is home to the Black Jews, known as the Falashas or Beta Israel (House of Israel). Various legends claim they are a lost tribe of Israel or descendants of King Solomon.

Coffee was first discovered by an Ethiopian goat herder named Kaldi in the Kaffa region, from which the word ‘coffee’ may derive, when he noticed his goats ‘dancing’ after eating the berries off the coffee plant. Coffee is the top agricultural export for 12 countries, with the livelihood of over 100 million people depending on its production, and it is the world’s second most valuable commodity after petroleum.

Emperors ruled Ethiopia until 1974 and all claim to be descendants of King Solomon of the Bible and Makeda (Ethiopian Queen of Sheba). Haile Selassie I was the last Ethiopian emperor.

Ethiopian emperor Haile Selassie I is considered the son of God among the followers of the Jamaican Rastafaria religion. In fact, the name ‘Rastafari’ originates from the emperor’s birthplace, Ras Tafari, which means ‘Prince Tafari’ in Amharic. Bob Marley was one well-known Rastafari. Although the Rastafari movement did evolve in Jamaica, it began in Ethiopia.

The Abyssinian cat breed, which originated in Ethiopia, ranks within the top ten most popular pedigreed cat breed in the U.K.

Lucy, a human fossil believed to have existed over 3 million years ago, was found in the Great Rift Valley in Ethiopia in 1974. She was named after the Beatles’ song “Lucy in the Sky with Diamonds”, which was playing on the radio at the time she was found. Even older remains were found in Hadar in 2001. Dated at more than 5 million years old, they are the earliest known ancestors of modern humans.

Christian Aid is an organisation that provides urgent, practical and effective assistance where need is great, tackling the effects of poverty as well as its root causes. The organisation has been providing assistance and relief in Ethiopia for decades and AquAid continue to be one of Christian Aid’s main corporate sponsors, especially with a view to water provision projects in Ethiopia and other countries in need.