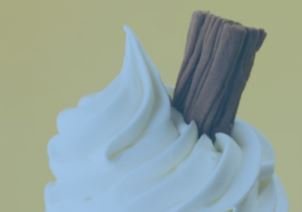 While doing research for a ‘Hydration in Summer tips’ (aside from drinking good old water) blog, and as my mind skittered crazily from one topic to another in a burst of what I call, ‘The Frenetic Frenzy of Fern’, I chanced upon a delightful article written about the origins of why a specially sized flake stuck in soft serve in a cone became known as a 99 or 99’er.

Well, talk about a chequered past – more twists and theories than Area 52 has the 99’er!

A few of the theories are:

Despite a plethora of theories and ‘facts’, it seems that origin of the name is lost in swirls of ice cream and a chunky, crumbly delicious Flake and who can argue against that? Roll on summer is all I have to say.

I’m leaving my usual station at the water cooler, you’ll find me outside queuing at the Mr. Whippy van. If you put your order in, I’ll be happy to buy one for you too.