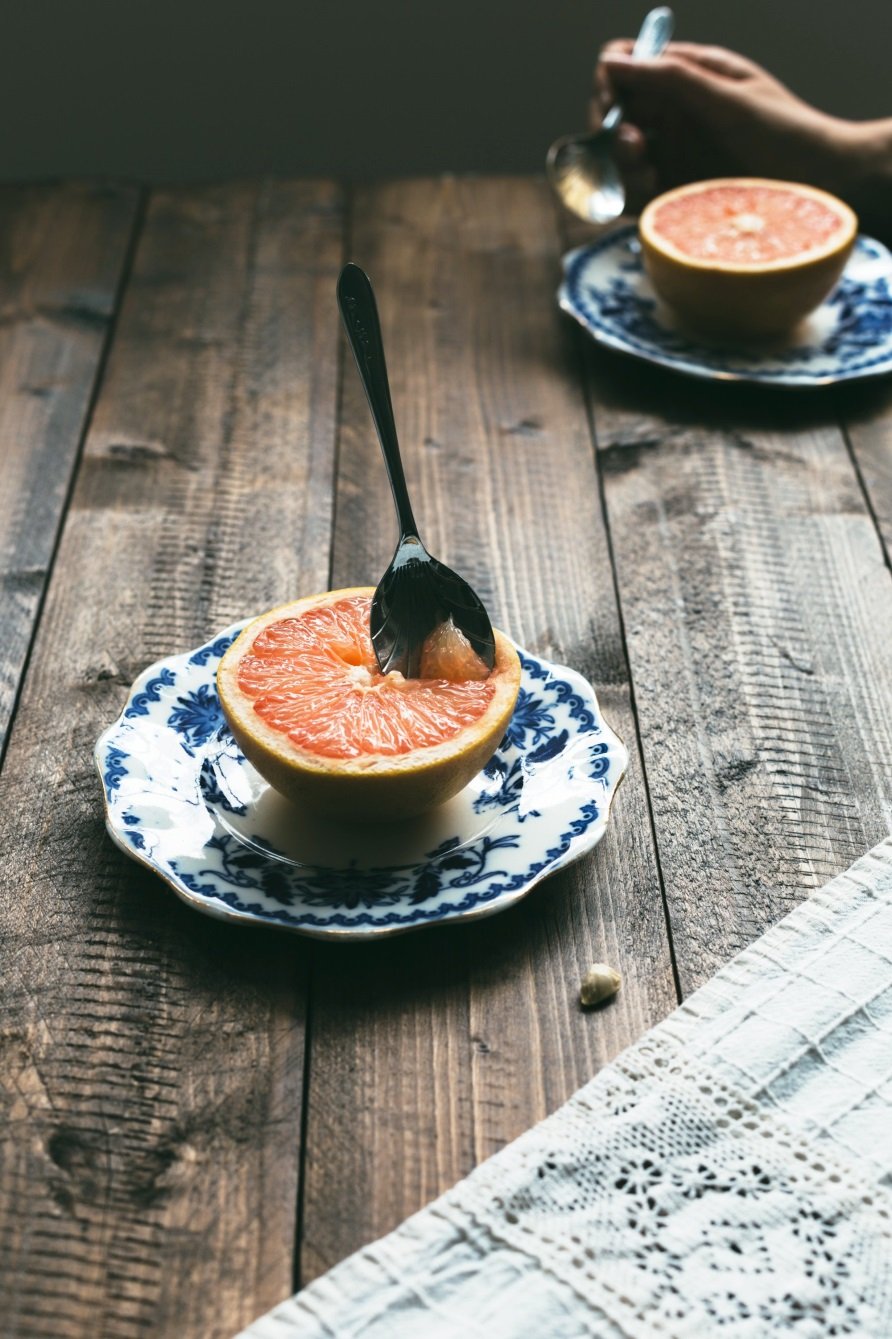 Typing the query ‘which fruit contains the most water’ into the omnipresent Google produces this result:

Anyhow, I’m all okay with it – I really enjoy grapefruit, not so much watermelon (a story for another time). It may stem from my clever Mother who used to prepare our half a grapefruit with a sprinkle of brown sugar and a Maraschino cherry on top every single morning, rain or shine; or because I’ve just always enjoyed the more citrus of fruits.

Grapefruit also contain powerful anti-oxidants. What are anti-oxidants, you may ask? Well, simply put, they are one of the first lines of defence that the body employs to keep free radicals in check and prevent them from causing a domino effect of damage on other cells.  Antioxidant compounds can ‘donate’ electrons to unstable free radicals so they don’t have to snatch electrons from unsuspecting nearby cells.  So the ‘all powerful’ in the headline was pretty bang on – it is a fruit containing much power for good.

The rich pink and red colours of grapefruit are due to lycopene, a carotenoid phytonutrient.  A carotenoid gives fruit their red, orange and yellow colour.  These compounds are believed to protect against certain cancers, heart disease and even vision loss due to macular degeneration.  You won’t find lycopene in white grapefruit. White grapefruit? Didn’t know there was white grapefruit!  Continuing, lycopene appears to have anti-tumour activity. Among the common dietary carotenoids, lycopene has the highest capacity to help fight oxygen free radicals, which are compounds that can damage cells.

So, aside from its top ranking despite it having the second highest water content, it would seem that grapefruit is all that.

As we head into the colder months, it’s understandable that we may veer away from topping up our water from the water cooler as much as we do when it’s warmer.  But this is a mistake – our bodies still need to hydrate irrespective of the weather.  What may be worth considering though is to ramp up your water intake with a water-rich, free radical booting fruit like … grapefruit.  We may not all have a Mum who prepares our get-up-and-go grapefruit for us, but that’s no excuse.