Water and the Olympics 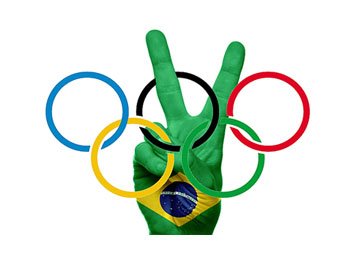 We all remember the phantasmagorical 2012 Olympics held in the U.K. which, according to all reports, was a resounding success and now, four years later, we’re in the thick of things with the Let’s Go Rio Olympics.

And when I say the thick of things, I mean it, from broken limbs to athletes been sent home through to let’s just call it; men behaving badly pre- and post-events and then being called out about it. The temperatures are rising and it’s not just due to the weather!

On a more positive note, Rio 2016 is officially Great Britain’s best overseas Olympics after they surpassed not only the Beijing tally of 47 medals, but their own 2012 Olympics with 65 medals, by winning a total of an impressive 67 medals to date. Well done, Team GB!

There are so many considerations to be taken into account during the games, and not least, the athletes (indeed everyone involved) keeping themselves in tip top condition and ensuring that they keep themselves adequately hydrated.

Sports hydration, understandably, is quite different to the average person’s hydration requirements, so this will have been taken into account during this year’s Games, including factors such as the temperatures in Rio, despite it being winter in Brazil at the time of these Summer Olympics.

AquAid played a big part at the 2012 Olympics by ensuring that there was always water at and around the Olympic sites, whether it was for the spectators, the vendors, or the village itself. We can’t say that AquAid were present in Rio providing water and water coolers to all attending the Games, but we were definitely with Team GB in spirit and would like to extend a very sincere congratulation to Team GB for doing the UK proud!