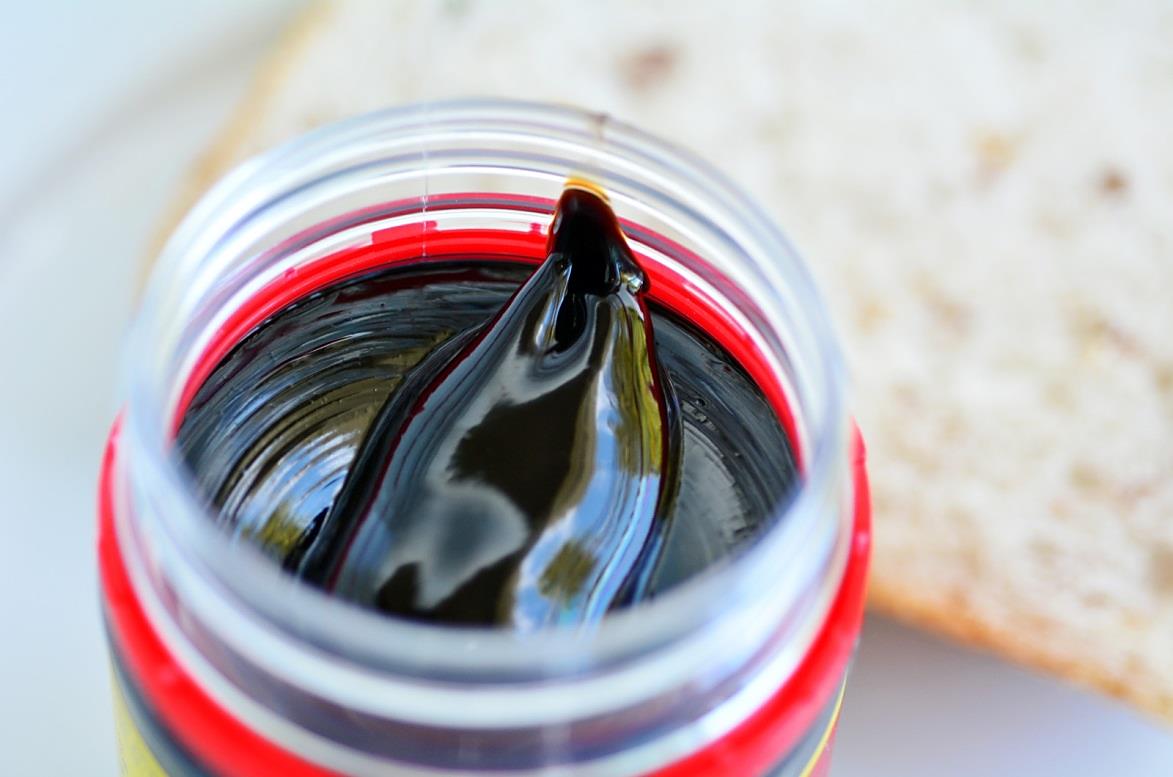 How to land yourself in hot water

I’m a little nervous as I write to you – as I think that perhaps this topic could land me in a bit of hot water.

Then again, I don’t see that I should be nervous, as I’m sure that the food police aren’t out to get me.

The topic for discussion is all about Marmite. This has been spurred on by the recent #Marmitegate which has been trending in the UK.

I’m not joining the fray (ahaha) about this though, what I’m wondering is what everyone thinks about Marmite. And Fray Bentos. And Oxo and for those down under … Vegemite. The reason I include Vegemite is I watched an episode of Master Chef Australia recently and one of the mystery ingredient choices was to cook a dish using Vegemite – the expressions of horror on all of the contestants’ faces was a sight to behold!  I, not having ever tasted Vegemite, of course, cannot comment – although I would like to try this wonder spread.

Marmite was a staple in our house growing up – like tea – it was the solver of many problems – from warming yourself up to staving off hunger when a tablespoonful was drunk in a mug of hot water – through to spreading Marmite on buttery toast (mathematical precision was required to ensure the correct butter vs. Marmite quotient). My little world was all about Marmite.

As an adult I discovered that there were alternatives to Marmite, mainly Fray Bentos. I became a firm Fray Bentos fan and eschewed Marmite. Brand loyalty is a funny animal (although Marmite et al are all quite vegetarian ingredients, if you can Adam and Eve it), but I did think that the Marmite manufacturers would get by without me.

Now, winter’s on its way, a spoonful of Fray Bentos in a mug of hot water is calling or asking to be spread on toast … and I can’t find Fray Bentos anywhere. I’m a sad little person.

I’ve thought about rummaging in colleagues’ kitchen stashes at the office, or staking out our office water boiler when we all descend on it for our favourite hot drink break – you know, just to see whether anyone produces a jar of the good stuff – but I’ve a feeling that this would not be seen as good office camaraderie.

What’s your favourite of the savoury spreads? Are you bereft at the thought that there may be no more Marmite? Do tell! 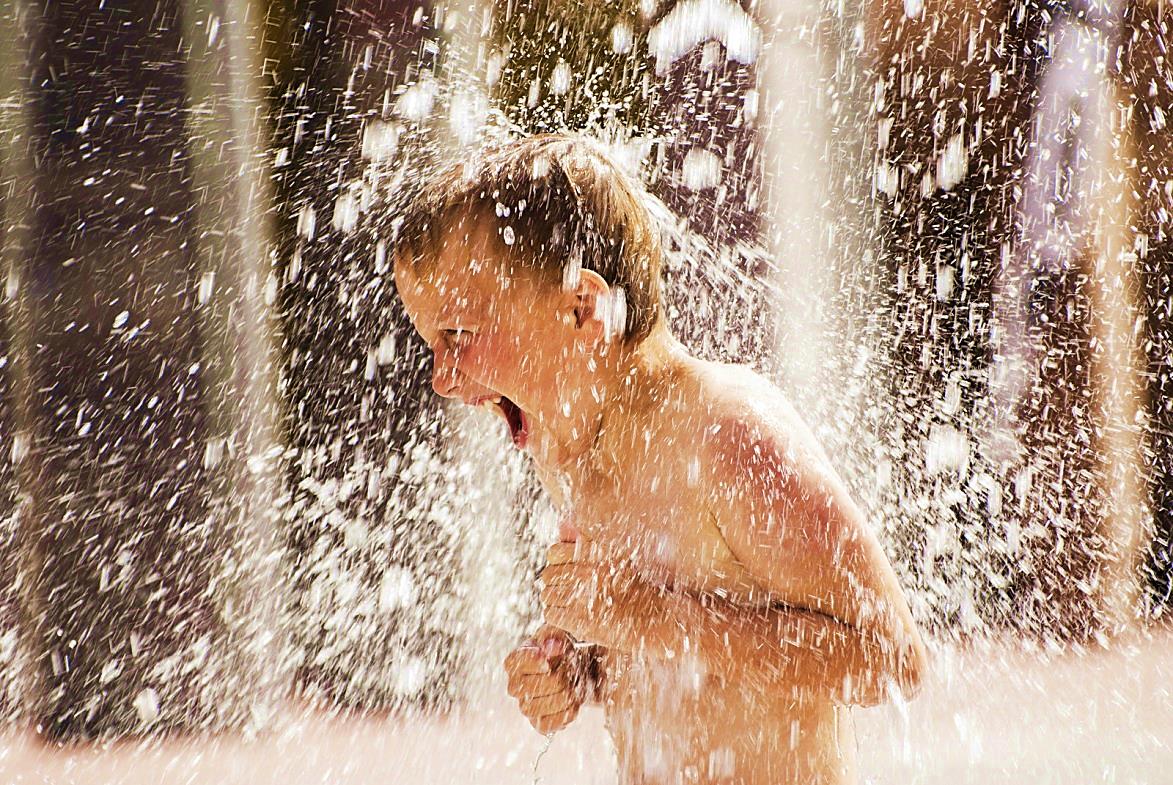 I’ll admit I’m the world’s biggest wuss when it comes to bathing or showering in cold water. Even when there are scorching hot temperatures, I’ll still opt for a mildly warm shower instead of ice cold. I may slowly turn the hot water tap down during shower but even then, I’d rather not switch off the hot tap entirely.

To be fair, if you live in a region with longer winters and icy cold weather for more months of the year than warm weather, it makes sense to keep that hot tap open, so you’d need to take that into consideration, but when all is said and done, are hot or cold showers better for you and why?

I splish-splashed across the web to find out.

In favour of heat:

In favour of the cooler option:

Whichever works for you, a cautionary note – no, I wouldn’t suggest that you filch the company water cooler or boiler to test out the hot or cold shower theory. That water’s for drinking, dear, not bathing.

Eat and Hydrate at your desk – yay or nay? – Part II

Last week in Part I, we were all about bad nutrition and productivity and skipping lunch. This week, the debate continues with mentions of the (for some) dreaded broccoli, superfoods and eating well at work.

Two journalists battled it out; one had spent time working in France, where lunch was always taken away from one’s desk. The other said that she would far rather power through her lunch break and have her sandwich at her desk as it would give her more time after work to spend with her family.

It would seem that having lunch away from your desk is the way to go, according to studies at the University of California. Taking the time out of your work environment gives your brain a breather and allows your brain to ‘power up’ and go back to work refreshed and ready for the next haul. Sitting at your desk doesn’t allow for that brain refresh. I’d say it’s similar to power napping, which I do and believe it works. (That’s a whole other topic for another blog).

*In the nineties, it was all about organic food. Then along came the concept of “superfoods,” a term used to describe foods that are supposedly really, really good for you. But it turned out to be more of a re-branding exercise for otherwise fairly mundane supermarket produce, like berries.  And if you ask a scientist, the term superfood actually means something completely different. It’s used in academia to refer to calorie-dense food, like chocolate (aha!).

Apparently, the little green forest trees (as I like to call them), have been shown to help the immune system to clean harmful bacteria from the lungs. A compound found in the vegetable is now being trialled as a treatment for people with lung disease.

To ensure that the lungs function correctly, white blood cells called macrophages remove debris and bacteria that can build up in the lungs and cause infection.

**This cleaning system is defective in smokers and people with chronic obstructive pulmonary disease (COPD) – a combination of emphysema and bronchitis – who suffer from frequent infections.

Now, researchers have figured out that a chemical pathway in the lungs called NRF2, involved in macrophage activation, is wiped out by smoking. They also found that sulphoraphane, a plant chemical that is made by broccoli, cauliflower and other cruciferous vegetables when damaged, such as when chewed, can restore this pathway.

A brief aside here – I’m not lauding cauliflower because people have been raving about ‘delicious, creamy’ cauliflower mash that you make in place of mashed potato. Problem is I don’t have a blender, so I tried to hand mash the cauliflower. Let’s just say that cauliflower will not be darkening my door again, for some time.

When surveyed by researchers from Nottingham University, staff at the UK’s National Health Service said they felt they had a responsibility to set an example for healthy eating at work. But the American Journal of Public Health found that for healthy eating habits at work to take any effect, workers’ families also had to get on board. What people eat at work is linked to their overall lifestyles and attitudes to nutrition.

I must say I do like the can-do attitude of the people at the NHS. Overall, I think it is important, as your working day takes up a lot of your hours awake (bar those power naps), to make sure that the powers-that-be in your work environment focus on your well-being too. Is there a water cooler? A water boiler? A hot drinks dispenser? Are there kitchen facilities at your workplace? Some type of eating station?

If not, perhaps you should squeak up and point out to said powers the clear benefits between nutrition and productivity.

*Excerpts from an article in Quartz.

**Excerpts from an article in the New Scientist